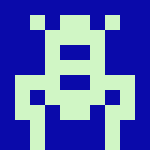 Jess is a Wanderer had been told how lovely Peach Cove is Peach Cove. Therefore, there was only one thing to do and that was to go and see it for myself. Armed with a couple of bottles of water, I headed off to Wharangei HeadsWhangarei Heads and the coastal walkway which would lead me down to the cove.

What I didn’t know about getting to Peach Cove was that it involved a number of steps. By a number, I mean over 1000! And all were different sized. Some you could just walk down normally, others required extra large steps or even two steps in places. It was seriously exhausting – especially for someone with short legs!!

The suggested time on the DOC website, is two hours each way. I arrived to the beach in 39 minutes and got back to the car after 1 hour 48 minutes. Facts and figures I’m quite proud of. I didn’t want to stop for breaks on the way as it would only prolong the pain. So I marched on. And on and on.

The beach itself was beautiful and I guess with it being such a mission to get to, no-one really ventures down there much. There was a hut which can be stayed in for around $15 a night – booked through the Department of Conservation. This would be for the serious hiker as you’d have to lug all your stuff down the five million steps. OK, so that’s an exaggeration but it sure felt like that many!

This hike is definitely for the more fit among us. If you are super fit, even you will complain about the thigh-burn. It’s inevitable that’s for sure! But of course, totally worth it to swim in beautiful waters. Take a snorkel so you can really appreciate the underwater world that’s there too. Also, take your swimmers because I forgot mine and ended up going in with just my bra and undies… thank goodness it was a secluded beach and not a packed family hotspot.