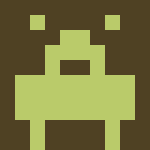 The last few days have brought some extreme highs and lows for us. No, not the bi-polar variety mood swings but physical highs and lows. After our relaxing evening in Lake Taupo with our private mineral hot tub we got up the next morning and went driving off toward Rotorua and stopped off at a place called Rock-n-Ropes, an adventure course thing with high wires and trapeze things and the sweetest english bulldog puppy named Scarlet/Fatty Bum Bum. Ryan was excited to climb around like a monkey but I was happy to keep my feet on the ground especially since I’d met my new friend Ms. Fatty Bum Bum. We were the only people there that morning and the owner of the place, Glen, gave Ryan a chance to prove his monkey-manhood by climbing up poles and walking across logs. I took some pictures and walked around underneath the monkey watching his legs get wobbly and wobblier. It was a combination of the height and the cold, I’m told. It was the coldest day we’ve had on the trip so far and Ryan’s hands were icy after trying to hold on to the cables and iron handles. Glen kept offering him some nice warm pink gloves but Ryan declined. After about four of the ropes elements there came the Pamper Pole where Ryan had to climb up a telephone pole, get himself into a standing position on top of the thing and then jump straight out and grab a trapeze. I think it’s called the Pamper Pole because standing up there makes you wish you were wearing a diaper. We had seen something similar on the Australian Big Brother where contestants had to jump four stories up and grab bags of cash on their way down. AFter conquering the Pamper Pole, I think Ryan would have been ready for a four story cash jump especially since our funds are running dangerously low. But, alas… no cash, just something called The Giant Swing which looked like so much fun I had Fatty Bum Bum gaurd my purse while I scampered up the pole too to take a swing. The Giant Swing is as close to a bungy jump as I’ll ever get, I think. You’re about 30 feet off the ground on a wobbly ledge of a telephone pole and the guy straps you into a harness and gives you a helmet. Then he leads you to the side of the platform and tells you to hold on tight to a cord that’s also strapped to your harness. Then he counts to three and you jump off the side of the platform with your feet together and your knees bent and free fall for about 6 seconds (which is absolutely as long as I could stand. Then you’re jerked back and the force of the fall send you swinging up into the air, dangling from your harness. Fun, huh? It was actually and Ryan’s trip on the Giant Swing made him make this gutteral choke of a scream that has been really fun to try to recreate. They tell me I started screaming immediately although I don’t remember anything but thoughts of death during my free fall. One last pat to the fat dog and we set off again in our little white car for Rotorua or Sulphur City. They were right, the place definitely stinks. Like rotten eggs. That sulphuric egg-salad fart smell and you can’t get rid of it. At times you think it’s gone but really the wind has just temporarily relieved you and then it comes whooshing back into your nostrils. We booked into a cheap place and then Ryan made his biggest decision of the trip. It’s been in his head the whole time we’ve been world traveling that New Zealand would be the place to skydive if he was going to do it. He’s picked up several brochures along the way and when we got to Rotarua he made some calls and found out that skydiving in Rotorua would be about 200 Dollars more expensive than it would have been in Taupo. We did some quick and informal math and decided that we’d drive back to Taupo the next day so he could jump out of a plane at 12000 feet. For more on this story I turn the keyboard over to the jumper for a full account…

It takes a certain type of person to willing fling oneself out into an enormous empty abyss of subarctic temperature, the deafening roar of wind in one’s ears, and seeing the teeny tiny little sheep below you slowly getting bigger and bigger and bigger.
As we drove up to to Tandem Taupo Skydiving company, we could see the jump planes on the runway.
I still get a little nervous flying in big ol’ jumbo jetliners, I really couldn’t hardly fathom crawling into one of these winged gascans with a side door resembling a roll-top desk ON PURPOSE.
We picked the package for my jump that includes the jump pro wearing a handi-cam on his wrist with pre- and post- interviews with me which was later put onto a DVD so CR and the rest of you people at home can enjoy the experience right along with me.
I don’t think you’ll get the same sensation, but you can see what delightful torture
I went through.
My jumper’s name was Andy and thankfully, he wasn’t the kind of NZ-er that messes with you, plays with your head and gets you more nervous than you already are, he was very friendly and
supportive.
I think the stink of fear was exuding off me.
I got all dressed up in my jumpsuit (huh, that’s a literal term after all), harness, cap, goggles and little wool gloves which did no good at all, but at least they weren’t pink.
We boarded the plane packed like sardines as there were 6 other jumpers as well, but most of them were jumping from 15000 ft, so – lucky me – i was seated right next to the roll-top side door.
The scenery on the ascent was great and i commented on the fact.
Andy says, “Ryan, we’re only at 1200 feet.
We’re going to 12000, the view’s a lot better up there.”
climbing climbing climbing….by now my stomach is doing
Giant Swing/Pamper Pole somersaults times
5 thousand.
Suddenly before i knew it/before i was ready, the side door rooled open.
The gal next to the window glanced over at me with a look that asked if this was a good idea.
the look i think i gave back said either “too late now” or “jump before i puke on you”.
She and her instructor inched to the door, and she flung her feet over the side.
He counted to 3, she started to scream, and in a blink, her jump pro, her scream and
she –
vanished.
My eyeballs spun in my sockets and Andy hollered that it was my turn.
The worst part of the entire experience was sitting on the edge of
the plane
waiting for Andy to decide to send us out the door.
he told me to smile for the camera and i think i might have smiled a little and before i knew it there was nothing but noise, wind, wonder.
In most videos i see of skydives, the jumper is screaming and smiling and babbling, but after seeing my own video, i just kind of looked around with my mouth open (and my lips and cheeks flapping all over the place).
It was crazy.
i tried to drink it all in at once, buit everything happened so fast that Andy opened the chute after what i guess was 45 seconds and we floated down for about three minutes to the ground.
I sat there, shivered, blinked, and stood to make sure i could, and that was it.
I have to hurry this up as the internet place is closing shortly.
Now i’ve done it, and my sister Heather, and Mo Perry from the TC are the opnly other people i know who have skydived, i can’t wait to share my experience with them personally.
those were the highs, more blogging tomorrow on the LOWS – our Spelunking adventure.
happy trails – rpk

PS – Tina, your socks are the best things we brought along.
We haven’t worn them since Britian, but now we wear them every single day!!!!