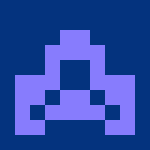 No. space.
I fly in coach fairly often. “But Andy, aren’t you an international playboy who travels around the world on a whim in only the finest of first classes?” I wish, friend who only speaks in italics. Between a full-time job, an aspiring photography business (more to come), and a somewhat busy social life, I don’t travel as much as I’d like (said with tongue firmly in cheek, as I’ve been to quite a few new countries and experienced some amazing things this year).
Put simply: I fly in coach a lot. As an experienced traveler, here’s how airlines here in the United States can make coach better for all of us.
(note: many of you will agree with me, some will disagree, and probably many more will be so opposed to what I’m saying that you’ll think I need to be high-fived, in the face, with a chair.)
Stop charging passengers to check baggage. Instead, charge passengers to carry on baggage.
We’ve all seen it. That guy who has a bag with him that is about the size of a modern-size washing machine. He opens every. single. overhead. bin. in a futile effort to find a space for his bag. Since he is Important, he just puts his bag on the ground and sits in his seat. Some passengers wonder aloud if this means they can do laundry during the flight. Finally, an exasperated flight attendant informs him they will have to check his washing machine to his final destination, at which point That Guy becomes irate, wondering if people Know Who He Is. The flight ends up delayed, people miss connections, mass hysteria ensues.Easy way to fix it? Switch everything around: charge people to carry on anything going in the overhead compartment. Fares will probably have to increase a bit to compensate for this but Southwest has sneakily raised fares while advertising that bags fly free, so everyone else can too. What are the benefits here? Easy. Faster boarding means on-time departures and fewer missed connections. You want more? How about shorter security lines and an easier TSA experience? If more people check baggage the lines in security will be shorter, since fewer bags will need to be checked. Oh, don’t worry, the TSA will no doubt figure out a way to ruin it, but things would definitely be better, at least for a while.
Window shades down after takeoff and before landing on flights leaving before 8am or after 6pm.
We’ve all been there: all the shades are down, leading to a dark cabin good for sleeping…that is until the Washing Machine Guy from earlier decides he’d like to see outside and slams his window shade wide open, blinding everyone in the cabin. These types of people usually then fall asleep. Speaking of air rage…Wouldn’t it just be easier to ask everyone to keep their shades down on those obvious People Would Have a Reasonable Expectation of Sleeping flights?
Get rid of in-flight entertainment on domestic routes.
In-flight entertainment systems are generally old, heavy, and cumbersome to operate. Get rid of them on domestic routes. Pulling the in-flight entertainment systems will reduce weight (making planes cheaper to fly) and increase storage capacity beneath seats (IFE boxes take up quite a bit of space). Some of the older IFE systems weigh as much as 13 pounds per seat!A buddy of mine is an ex-airline consultant. He didn’t outright disagree with my napkin math, so I’ll assume it’s not an entirely unreasonable calculation, as follows:
-Cutting IFE would save roughly 1200 pounds of weight per flight
-Marginal cost of flying 1 pound of weight 1,000 miles: 4 cents (from this Flyertalk thread)
-Fuel savings of $50/1000 flight miles
-Average domestic flight (according to the US Department of Transportation) is 1,158 miles, so $57.90 of savings per flight
-American Airlines had roughly 400,000 departures in the past 12 months. Assuming 20% of those flights had IFE systems, that’s somewhere around $4.5 million in savings(I know I know, it’s not that simple, but what if it is?)
Most airline passengers these days have their own entertainment of some sort, via tablets or e-readers, anyway. You’re providing something that oftentimes people aren’t even watching. Bring 10-20 tablets on each flight, loaded with entertainment, and rent them for the duration of the flight. If people want in-flight entertainment, let them pay for it. Speaking of letting them pay for it…
Prevent seats from reclining on domestic routes.
Airlines are pretty famous recently for the “if passengers really want something, they’ll pay for it” pricing strategy. It’s one of the reasons it’s not recommended to buy airline tickets as soon as they become available (11-12 months out). Why not? That’s when cruise passengers buy airline tickets. If an airline knows you have to be in a place by a certain time, they know you’ll eventually give in and pay for it.Same thing with seat recliners. Seats reclining during flight induce air rage in many passengers, leading to an overall negative flight experience for the reclined-upon passenger. Who will the passenger blame in this scenario? Which is more likely: “Man, this guy on my Delta flight reclined and it made me angry” or “That Delta flight was horrible”? Obviously the latter, most people don’t get into the detail of the former. Delta did nothing wrong but will still bear the brunt of the angry passenger.Get rid of seat recliners and charge a marginal upgrade fee for “Main Cabin Extra” or “Economy Plus” or “Still treating you like a cow, but in a little nicer of a pen” or whatever the airlines are calling it these days. These seats will recline.
As you can see, most of these changes are of the “make things a little worse for the individual so they can be better for everyone”. Looking forward to the hatemail and comments on this one, so I’ll go ahead and ask it: what do you think? Am I completely insane or am I on to something?

mipo777 on October 7, 2014 at 10:48 am
Agree with all except #3 which is crazy. The biggest reason I fly JetBlue so much is that I can watch football while I’m in the air. The only way I’d be OK with it is if it was replaced with a streaming tv system ala SouthWest.
Reply

Eliot on October 7, 2014 at 11:55 am
I think that Southwest is doing it right for #3. Instead of putting in archaic IFE hardware at every seat, they just provided it directly to anyone with a WiFi device. It’s great being able to use my own iPad to watch some live TV or some of the shows they have on demand. Now, I just hope they expand the library.
I agree with #1. I would pay extra on business trips to keep my luggage with me.
Reply

Richard Blann on October 8, 2014 at 4:49 am
i am from australia and some airlines here already charge for entertainment via tablets on domestic flights. and the budget airlines here also charge for carry on baggage. we are used to it. airline seats reclining doesnt really bother me providing the person in front of you doesn’t slam it back hard! Window shades – good luck with the one – there will always be some a**hole who can’t obviosuly remember what a cloud looks like so just has to see at that very second to remind him!
Reply

DaninMCI on December 31, 2014 at 10:22 am
I would add eliminating beverage/snack service on domestic flights under a certain flight time like say 1 hour or 1.5 hours. Think of the savings and the hassle involved. It makes me nervous to watch FA’s try to serve and pickup trash on a 50 minute flight. I think I can wait 60 minutes for my next diet coke. If not I can carry one on board.
Reply
Submit a Comment

Your email address will not be published. Required fields are marked *

This work by Andy Luten is licensed under a Creative Commons Attribution-NonCommercial 4.0 International License.