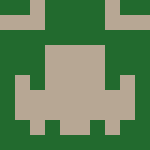 Jess is a Wanderer spent four days cycling the 152km Otago Central Rail Trail from Clyde, near Alexandra to Middlemarch with Trail Journeys. Hopefully this post will tell you why you should too!

The Otago Central Rail Trail is a cycle path that follows the route taken by the original Central Otago Railway. Following the Gold Rush of the 1860s 42 years were spent building the line from start to finish. Today, with thanks to the Rail Trail Trust and Department of Conservation, it’s enjoyed by cyclists but tourists can still catch a ride on the train from Middlemarch to Dunedin.

After setting off from Trail Journeys HQ you can go straight to the trail or go through Clyde, adding an extra 8km and complete the Clutha River Trail. Definitely worth doing and what’s another 8km when you’re already tasked with 152? The path follows the river, crosses bridges and provides some lovely views ending up in Alexandra where you can pick up the Rail Trail. I actually missed the start but sshh don’t tell anyone. I picked it up around 8km out of town as I was going down the highway and something just didn’t seem right!

As you go along, former stations are marked either with their original (but often restored) buildings like in Middlemarch or by info boards. There are also passport stamps so you can collect a memento as you go along. I didn’t want to pay $10 for the official passport so I just stamped my trusty notebook.

On day 1 I cycled over 50km to Omakau with a couple of detours. The views were spectacular from the start. The weather was perfect. Everything was just super. I stayed in a cabin on a campsite and slept amazingly. My bum was terribly sore – for anyone who’s done any sort of cycling, you know what I mean, it’s just part of the process, right?

Day 2 was pretty much the same again regarding distance and the steepest part came and went. It wasn’t that it was super steep it just went on for what felt like forever.

It was a relief to arrive at the sign marking the highest point on the trail and the ‘it’s all downhill from here’.

I stopped at Gilchrist’s store – a shop from the 1920s that has hardly changed since then. I bought a pie that tasted like it had been made in the 1920s too. I spent the night at Wedderburn in a miner’s cottage. It was just perfect.

Day 3 I ended up confused, having been told I only had around 12km of cycling to do. Under the beautiful sunshine I was taking my time and after I’d completed 13km I saw the sign telling me only 22km further to my ultimate destination today! Advice: don’t trust anyone who isn’t riding a bike when they talk about distance. I found a fence covered in pig skins and skulls today. Such a fascinating find. Of all the fences I’ve found – flip flops, bras, wellies and so on, this one was definitely the least relatable.

I went off the track in search of Progress Gold Mine. It was so cool to see the remnants of an actual goldmine – and the tall structure in the picture, the poppet, is the only one left in Otago. The site closed, similarly to many other mines, due to lack of profits. The owner of this mine was particularly cunning though. He paid his workers and then ran the on-site pub where they all spent their wages. Sadly his business acumen wasn’t enough to keep this mine going.

Later that day, I arrived in Waipiata and then began the 4km ‘off-trail’ ride to my accommodation at Pete’s Farm Lodge. A definite highlight of the whole trip. Basically, Pete runs the lodge and I had the place to myself. He’d baked a whole loaf of bread for me to enjoy for breakfast (I took the whole thing with me for I am poor), gave me the chance to bottle-feed his pet lambs and I spent the afternoon kayaking on the river. I was the only guest too, making the whole thing even more idyllic. It was slightly creepy once the sun had gone down – the sort of perfect setting for a horror movie but I survived! Seriously, even if you’re not into cycling, go to Central Otago and stay at Pete’s farm. You won’t regret it.

On day 4 everything changed. It was overcast with the threat of rain looming far too close for my liking. I had around 50km to go before I reached Middlemarch so I started out quite quickly. But… with the dark and gloomy clouds contrasting against the colours of Otago there were so many great photo opportunities. I was cutting it fine and with only around 15km and an hour before the bus would leave (with or without me) when it started to pour down. Literally, the heavens opened. And for anyone who knows me, you know I don’t do things in the rain. I took shelter in one of the gangers’ sheds and waited it out. Fortunately it was only ten minutes or so and then I was riding like lightning with the camera packed away in order to get to Middlemarch and catch the shuttle. I think I have to cycle the trail again just to go back and take all the photos I want.

At 2:20 I pulled up at the depot to be told, ‘The search party was being assembled, you have five minutes to use the bathroom and then the bus is leaving.’ Oh how we laughed. 10/10 for a fabulous adventure. I’d do it again in a heartbeat and recommend it to absolutely everyone in the meantime. I’m so glad it was recommended to me.