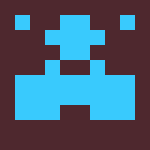 Hi Everyone, Coming to you from Crookhaven Heads which is between Batemans Bay and Woolongong.  Here is an update on what we have been doing.

We loved Batemans Bay and were glad to have spent 2 weeks there.  There are lots of lovely little coves along the coast line that are good swimming or surfing spots, unlike Victoria that has beaches that go for miles.  A real highlight was the Mogo Zoo – a little zoo but you could go around it in a couple of hours and get up close and personal with the animals.  You’ll see some photos of the white lions being fed and a jaguar that took to Wally.  Wally called him and the jaguar came over and was jumping up on the fence as Wally was clicking his fingers to jump up.  I was taking the photos and at one point the jaguar leapt up the fence with his back paws off the ground and was so big I missed his head (see photos).  We also loved the little red pandas and you can see in the photo that he sure knows how to relax.   We also did some walks to beaches in the national parks and have included some photos of some rock formations and the amazing colours in the rocks and the sea.  The photos of the colourful birds were taken in the tree behind our caravan – really beautiful colours and soooooo noisy especially when the got together in the afternoon for pre-dinners!!!!! (that’s caravan speak for what happens around 4:00pm in caravan parks around the country).   Some friends of ours from Mt Gambier that we met when we were in Robe last year suggested we catch up with their son in Batemans Bay.  Rick rang us and invited us over for drinks on the Friday night and we met his wife Tracey and their family.  Wally, as usual, really enjoyed the drinking time he spent with them and as their kids were looking for some dinner I suggested we leave.  But no, Wally had made some new drinking buddies so he was keen to continue enjoying their company.  I felt really sorry for the kids, and the next day, Wally realised that it we did overstay our visit and was feeling a bit guilty that the kids were so hungry.  They were a lovely family and invited us back for a BBQ on the Sunday – although we turned up for lunch and they weren’t expecting us till dinner time and weren’t home – dinner was great and had the best lettuce salad I’ve ever had – thanks for the recipe, Tracey, although when I made it, it wasn’t as good as yours.

We are now at Crookhaven Heads and will be leaving on Monday 10 March (we haven’t even decided where we’re going yet  – the V8s are on so we’ll figure this out later).  We are parked under a big tree and are being bombed with little seed pods that are chewed off by a pack of galahs.  Mind you, there are heaps of trees around but they are only in our tree.  We’ve thrown tennins balls and put the hose on them but they won’t go away.  The top of the van and the awning are a mess.  Every few seconds you hear bang, bang, bang on the roof.  Sometimes, they even chew of twigs and drop them at us.  Wally has been eaten alive by sandflies – something we don’t experience in Victoria.  His legs are covered in red welts about the size of a 10c piece and he’s frighted of going outside.  It was suggested he cover himself in dettol mixed with baby oil to prevent them attacking and the way he smells I’d be surprised if they go near him.