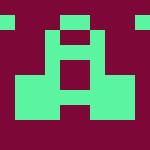 Hey there guys!! We are writing this time from a different country! Weare in Laos now in a town called luang prabang! Its really nice and wethink it is all of our favourtie places so far! Its quite relaxed andfeels quite french!! So after the water fights in chiang mai we wantedto go and ride an elephant and so joined a tour, which there only endedup being us and a japanese man on! We got to the elephant camp andjumped on after being guilt tripped into buying some bananas to feedthe elephants! Libby and Laura went on one, while Corrina joined thecute japanese man on Roland. She seemed to forget he was there thoughand proceeded to sit in the middle of the small seat whilst he wassquished up to the side! This made me and libs LOL a LOT and also thefact that she was so oblivious!! The ride was really goood and theelephants seemed much happier than the ones that we saw in ayutthaya!!The day continued with bamboo rafting, where we got soaked by many thaipeople! We are not sure whether they were still celebrating songkran ornot! Corrinas top did not survive the splashing well and wentcompletely seethrough, but it did help get the elephant snot out fromearlier! We also went to see some hillside tribes, but felt these werea little too comercialised and we went to see a waterfall but it wasntas good as the other one that we had seen!We then took the bus up toChiang Khong which took around 6 hours! We had a minor panic when wegot to the station and laura realised after unpacking her bag in thebus station that she had left her most valuable possessions in thehotel room, her passport money and cards!! A quick dash back and wemanaged to get them and still make the bus! We got to chiang khong andcrossed the border and though it was very hot it went quite smoothly. We stayed here for one night and then begun our 2 day journey down theMekong to Luang Prabang! The slow boat was very slooww and even thoughthere were some right characters on our boat the first day was long!The characters included a hawaiian guy called tony who produced aguitar and sung about mawi(the only word in the whole song was mawi.he also had a tatoo of his middle name which we later found out ment'free one'. There was also another guy called matt who was an experton everything and even offered corrina a pillow at one point which waspromptly taken back 'to rescue another'. This provided us with muchentertainment an ment that we couldnt look them in the eye withoutloling. The stopover town was called Pakbeng, it was MENTAL! Firstly,after sending Libby scrambling up the hill to secure us a room, Corrinaand Laura had to stop all our bags being stolen by random locals! Theyaudaciously claimed they were their own bags, this did not make ushappy. Libby found a good room for $15, or so she thought… when wewent to pay he wanted $50, this was met by Corrinas enraged reply of'do you know how much $50 is?!?' needless to say, we only payed $15. Wewent out for dinner and had just finished our random indian meal wenthe electricity went out. Not just in the restaurant, in the wholetown. In the middle of the jungle. At night time. Luckily we hadtorches to get back to our room but it was not the best experience!Next morning we got on a slightly more comfortable boat to continue ourjourney. It was good, amazing scenery which Laura took millions ofphotos of, perhaps the start of an illustrious photography career?! Shecertainly thinks so. We are now in Luang Phrabang where the journeyended. Getting off the boat was perhaps the most entertaining part ofthe trip. On seeing the duckboard we had to walk off Laura said 'I cantdo it'. This, unfortunately, turned out to be accurate. After Corrinahad made a relatively uneventful exit, Laura stepped on to the plank,she made it about halfway before losing balance and in a last ditchattempt to save herself from the river, flung herself straight on tothe rocks where she crouhed like spiderman with her rucksack on. Afellow passenger(Matt from earlier)mistook this action as being acourageous attempt to disembark with style, forgoing the boring plank.He said 'ur a brave woman' Laura replied 'I didnt mean to!'. Meanwhile,Libby is doubled over laughing on the plank, which remained stablethroughout and Corrina was halfway up the rocks confused as to what hadhappened. The most entertaining part of this story is that it is notthe first time Laura has struggled with transport here. When getting onthe sleeper train in Chiang Mai, she had managed to get up the(admitttedly steep)step into a crouching position, this however iswhere she stopped, unable to carry on a stand up she began to flailbackward dragged by her rucksack and would have fallen back off thetrain were it not for Corrina pushing her back on in a slightlyundignified(for Laura)manner. We can only ponder what would havehappened had she been last to embark, and the small thai casualtiesthat could have arisen.Anyways, safely on land we found a nice hoteland are very much enjoying Luang Phrabang. It is very beautiful andscenic in the day and has such diverse entertainment at night as'ethnic fashion show' 'ip op dance crew'(in french accent)and'american gay singer' actually 'american guy singer' but Lauramisheard. Today we have been cultured and seen a temple and alsoclimbed a hill to a shrine and saw many buddhas. This did howevernearly kill us in the midday sun so u are lucky to be reading this atall! After this town we are off to Viang Vieng, will update thereprobs!Toodles for now,Corrina, Libby and Laura x x x frontpage