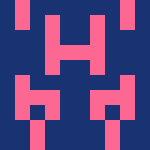 Who has not ever dreamed of a trip to Egypt? We could fulfill that dream a few months ago, and we will never forget the thrill of seeing, finally, the silhouette of the Pyramids of Giza in front of us. Egypt has lots of super exciting places, but none like those ancient giants that drive so many explorers, Egyptologists, and tourists. No photo can render justice to those monuments, nor an article that conveys what it feels to contemplate them for the first time, but we can give you useful information So here are some tips for visiting the Pyramids of Giza.

Few know it, but around the country, there are more than 100 pyramids, yes … the most famous is, without a doubt, the Pyramids of Giza. Moreover, did you know that, unlike what is often believed, everything suggests that it was not slaves who worked on the construction of the pyramids? They were wage workers, in fact, next to the Pyramid of Cheops there is a construction that served as a crypt to bury the workers who lost their lives (proving that their lives were, at least, considered).

1. The Great Pyramid of Giza (Cheops)

The first Pyramid you are going to see is the Great Pyramid (or Pyramid of Cheops), the tallest (146 meters) and the most impressive of the 3 you will visit. It consists of more than 2 million blocks of stone, and nobody knows how to build (each block weighs several tons). On this, there are lots of theories, which rarer (we prefer not to say our favorite).

It was Pharaoh Keops who ordered it to be built in 2,570 BC and, although in theory, the idea was to use it as his mausoleum, the original sarcophagus was never found.

Is it worth entering the Great Pyramid?

We did not do it, but if one wants to (and has paid what is due) he can enter and go through part of the inner halls of the Great Pyramid. These tunnels are quite narrow, so if you suffer claustrophobia, it is NOT recommended.

We talked to people who had just come in, and some liked it, and others came out disenchanted. The conclusion would be that it is a recommended visit for those who want to live the experience of being inside the Pyramid and reaching the Pharaoh’s chamber, just because it is one of the most magical and enigmatic places on the planet. If you do it to enjoy hieroglyphs and archeological remains, it is NOT too much worth paying the extra entrance, since both the room and the passageways are practically empty, except for a stone sarcophagus that was placed a few years ago.

The Pyramid of Kefrén is the only one that continues to maintain the original lining at the top, which made the pyramids look completely smooth (and not with its characteristic stepped) and reflect the sunlight in a show, almost stellar. Its height is 136 meters, although for a long time it was believed to be the highest due to an optical effect that makes it appear somewhat more significant than the Pyramid of Cheops.

3. The Pyramid of Merino

It is also known as “Pyramid of Menkura” and is the smallest of the whole (measures 62 meters). In the twelfth century the son of Saladin, in his attempt to dismantle the Pyramids to use his stone blocks, damaged part of the north face of the monument.

With the head of a pharaoh and the body of a lion, the Sphinx is one of the most curious and mysterious mythological figures in history. It was said that he questioned who approached her, and if the answer was not correct, pam! Death guaranteed.

This one from Giza is the most famous without a doubt, and according to the latest theories, the human face could represent Pharaoh Kephren. It measures about 20 meters high and almost 60 meters long. Our guide told us that in the past the Sphinx did not present that rough aspect of the stone, but was painted.

5. The Temple of the Kefren Valley

These types of temples were built next to the pyramids and served as the entrance function. The one next to the Pyramid of Chephren is especially interesting because it remained covered with sand until the 19th century, so its conservation status is excellent. The truth is that the dimensions are quite imposing, with solid stone walls and lots of columns. We recommend you enter before visiting the Sphinx because it is in this temple that the famous photo is made by kissing (or fighting) with the Sphinx.

6. Is it better to visit the Pyramids for free or on tour?

In this case, and without serving as a precedent, we believe that the tour option is appropriate, for several reasons. In the first place because of the distances and the heat, having the transport you avoid walking a good run under the African sun, which tightens a lot. Also, second, you are in a place surrounded by stories, riddles, and curiosities, no matter how much you have learned beforehand, it is always better to have a specialized guide that gives you explanations.

What did we do and what would we do?

We settled for the half-day group tour to the Pyramids of Giza, as we believed that we would have done something substantial all day, but the truth is that we regret it! If we could go back in time, we would have chosen the option of doing a full-day tour that also included the visit of Memphis and the Step Pyramid of Saqqara. Moreover, leave another day to visit Cairo.

We want to emphasize that we did not lack time; we took all the photos we wanted, and we padded, but if you want to go at your own pace and spend hours and hours here … well, maybe going for free suits you. In this case, the ideal would be to take a taxi (or Uber) since the pyramids are located in Giza (or Giza) about 15 km from Cairo.

Important! Do not be fooled with the trick of the horse car … taxis/cars can reach the box office quietly, do not get off before as they often try to sell you horseback riding!