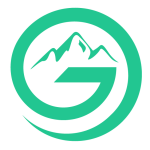 The Manaslu Circuit Trek is comparatively a new trekking circuit trail and is getting more popular as a new trekking destination in Nepal. The magnificence of Mt. Manaslu, as the eighth highest mountain in the world, is the special attraction of this trek. The region sees less than 10% trekkers compared to other established trekking routes in the Manaslu region, which makes the trail remain peaceful. Thus the region is a blessing for anyone seeking peace and happiness amidst nature. Manaslu Circuit Trek is rich in its beauty with the inclusion of isolated and off beaten trail, as only a few people, actually decide to make the trek. It is favorable for those who want to explore the off the beaten track and lesser-visited mountain on the Great Himalaya Trail. The circuit is a remarkable trek with magnificent views of Mount Manaslu (8156m) and the Ganesh Himal Range, among others. As you move along the trek route you will find climatic, vegetation, cultural, wildlife diversity, and encounter an interesting blend of authentic Hindu and Tibetan-style Buddhist villages along with the trial. See several of the tallest mountains in the world, experience the cultures, and enjoy a physical challenge.
Trek safely, with a local guide without the fear of getting lost.
There are basic guesthouses all along the trail so you can decide if you want to camp or stay at the teahouses/guesthouses.

You can merge the Manaslu Circuit with the Tsum Valley, a beautiful, secluded valley where century-old Tibetan traditions prevail. The trek is usually done on a basic teahouse basis unless you want to go off route where camping is the only possibility.

How Manaslu Circuit is different from other regions Treks?

Unlike other treks and routes, this trek circumnavigates around Mt. Manaslu, making a complete circle, which will grant you an opportunity to have a 360-degree view of Mt. Manaslu making this trek unique and different to other treks.

The upper valley is in the Manaslu region is highly influenced by Tibetan culture which will serve as a phenomenal chance to enrich your cultural knowledge amidst the staggering views of mountains and beautiful landscape.

Besides, Manaslu Circuit trek can easily be reached on 6-7 hrs drive from Kathmandu, while treks on other restricted regions of Nepal are only attainable by domestic flight.

Plus, less than ten percent trekkers go to Manaslu, so the fewer visitors and remoteness also adds more exclusiveness to this trek, which is filled among absolute serene ambiance and isolated areas never leaving behind the peace of mind and the calm routes.

As the trek happens to be in the restricted region of Nepal, you will need special restricted Manaslu area permits from immigration with the help of a local company. As addressed by the government for safety purposes, two trekkers are compulsory for the trek with an authorized trekking guide and the followings are the permits required for the trek: