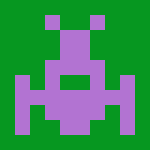 Sit on top kayaks are not to everybody’s taste and they are best suited for coastal paddles and generally having fun in the surf. They do however make good kayak fishing boats as they normally sit very flat in the water which in turn makes them very stable.

I recently purchased a Yak Sport which is a cut down version of the original Yak Board and although this sit on top kayak sells for approximately $100 cheaper than its bigger brother the Yak Board, there does not seem to be any less kayak for your money. To the contrary the Yak Sport has a built in back support which will also allow for a padded kayak seat for extra comfort.

Most sit on top kayak come in a variety of bright colours including banana yellow, orange and red. However if you intend to go kayak fishing you will find sit on tops in dark green and blue which will assist in attempts to remain camouflaged.

You can buy sit on top kayaks which are as little as eight foot long. Being this short you will be mistaken in thinking these kayaks will be light in weight. However, due to their solid chunky designs it would be uncomfortable for even two people to carry them for any period of time so a kayak trolley would come in handy.

When sitting in the Yak Sport it has a real cockpit feel about it with the three footrests allowing for a truly comfortable and adjustable paddle position. The only drawback is that this particular model has no standard accommodation for thigh straps to be fitted.

Many sit on tops have scupper drain holes normally found in and around the kayak seat allowing the kayak to self bail when underway. Be warned most sit on top kayaks will flood as soon as you sit on them so if you are planning to paddle out during the winter months you will definitely need your wet gear on.

That said these kayaks are primarily designed for beach days and for messing about in the surf. For this purpose it is second to none and can be enjoyed equally by both the beginner and professional paddlers. They make excellent boats to take on family days to the beach and due to there stable designs are suitable for children to paddle.

As with an inflatable kayak, a sit on top would not be the kayak of choice on a straight run but as soon as you start paddling they will bring a smile to anybody’s face as they are all about having fun.