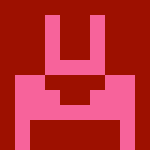 Bali, Indonesia is a popular destination for surfers, backpackers, and families traveling on a budget. There are plenty of cheap hotels in Bali for the cost conscious traveler. Bali is an energetic exciting city with a very low crime rate. There are thousands of shops with local artisans displaying their wares. While Indonesia is an Islamic country, Bali has a large population of Hindu worshipers. The Hindu influence is visible in craft stores and culture shows around the city. The people are friendly and welcoming, and it is easy to get caught up in the vibe of the city.

While you may be planning to book a room at a reasonably priced hotel, be sure to read the reviews posted by previous guests. Surya Dewata Beach II 11 Padma, Utara, No. 10, Legian, Bali, Indonesia, charges under $20 for a double occupancy room for a one week stay. However, it only has eight guest rooms and does not offer a restaurant. It is close to shops and restaurants. Complaints about dirty rooms and cockroaches have been noted in reviews for this hotel. The lone backpacker or surfer, who is more concerned with costs, may find these rooms acceptable.

Double Six Legian, JL. Arjuna (Double Six) Gang Villa Coco, Seminyak, Bali, Indonesia is a three star hotel that offers clean rooms and many amenities including bicycle rentals for under $30.00 per night double occupancy. It has an onsite restaurant and a mini mart and tour guides. However, guests are charged a refundable deposit for a room key and towels.

Fave Denpasar Managed by Aston Hotel Jalan Teuku Umar no 175-179, Denpasar, Bali, Indonesia. This brand new, brightly-colored hotel has been built to be eco-friendly. For under $50.00 per night, double occupancy, you can swim in the gorgeous pool, or, dine in the lavish restaurant. The rooms offer WiFi, air conditioning, en-suite bathroom with showers.

If you are interested in sightseeing and shopping you will want to reserve a room closer to the downtown business district. Bali is known for its extremely skilled performers in dance; as well as, the remarkable artists who create sculptures, paintings, leather tooling, metal working, and musical composition. The sights, sounds, and aromas will fill your senses.